What exactly is a ‘recipe collection’? The most obvious answer is something like the example shown below, a formal ‘receptaria’ book of medical receipts and remedies. In the early modern period, and across Europe, these types of collections were fairly common, and especially in wealthier households. These were often carefully constructed documents, containing indices and sometimes containing groups of remedies according to various types of remedy, or parts of the body. In many ways these were the high-end of domestic medicine. 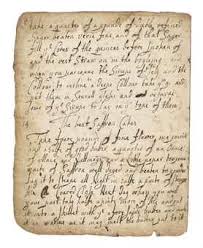 But were such formal collections necessarily representative? In other words, did everyone (or at least everyone capable of writing remedies down) collect their medical information this way? No. As a great deal of recent work by historians including Elaine Leong, Sara Pennell and Michelle DiMeo, Anne Stobart, Lisa Smith, Sally Osborn and others is revealing, the committal of recipes to paper was often a complex process.  (See also the fantastic recipes.hypotheses blog  and Twitter feed @historecipes)

For a start, paper was an expensive commodity in the early modern period. It could often be bought easily enough; apothecaries often sold reams or ells of paper, as did other retailers from merchants to haberdashers. But it was nonetheless quite costly. Unlike today, where scribble pads and notebooks can be bought for pennies, the buying of paper, or a bound book of notepaper, would have been something out of the ordinary, especially for those on low incomes.

The recording of remedies was an expedient and often pragmatic process.  Remedies usually spread firstly by word of mouth, with people passing on their favourite receipts to friends, neighbours and acquaintances. As Adam Fox’s work on early modern oral culture has shown (Oral and Literate Culture in England, 1500-1700 (Oxford: Clarendon, 2000)) people had a strong ability to commit information to memory, and this made sense at a time when the majority of the population couldn’t read or write. Nevertheless, for those wishing to record the remedy accurately for future use, there was a need to do so quickly, and often using whatever was to hand.

As such, many ‘remedy collections’ are little more than assemblages of roughly scribbled notes, sometimes on torn bits of paper, sometimes on the back of unrelated documents, and sometimes even including a variety of other information on the same page. In fact, the very survival of many remedies is probably attributable to the fact that they have been incorporated into other, non-medical, documents.

Nevertheless, the recording of remedies in certain types of document was often a more deliberate decision. In Wales, for example, there were several instances of medical remedies being written on notepaper purloined from a church. In one sense this was pragmatic and reflected the simple availability (and probably abundance) of paper, given the needs of the church to keep records. But some were written inside church documents. In parish registers, for example, it was not uncommon to find receipts. A common example was that of a ‘receipt for the biteinge of a mad dogge”, often originally attributed to the register of Cathorp Church in Lincolnshire, but which seemed to move around the country. An example of the remedy, occurring in the Monmouthshire church of Llantillio Pertholey, can be seen here: http://www.peoplescollectionwales.co.uk/Item/7637-a-recipe-to-cure-the-bite-of-a-mad-dog-llanti

In another sense, though, putting remedies in amongst religious verses, as often occurred in commonplace books and notebooks, was a way of allying the remedy to the power of religion. If it was next to God’s word on paper, perhaps it would have more power?

Above all, for the remedy to be of any use, it had to be easy to find when needed. Some, for example, kept remedies within the pages of their business ledgers. Here, the regimented layout perhaps suited ease of future reference. But perhaps most common was to keep remedies within the pages of personal sources. Many diarists noted down examples of favoured remedies, especially when they had suffered from an ailment and attributed their recovery to the taking of a particular remedy.

Commonplace books, notebooks and copy books were also common places for the jotting down of useful information, and could be easily referred to if needed. It was not uncommon to put remedies within pages of miscellany, including accounts, quotes, poetry and family records, locating it firmly within the context of ‘useful’ information. Many literate families also kept letters. Health was a regular topic of conversation amongst letter writers, and it was common to fire off a few missives seeking potential remedies from within one’s social network. When a reply duly came, here was a ready-made receipt that could be kept without needing to write it down again. Prescriptions and directions from practitioners might be especially prized as they represented a virtual consultation, specially tailored to the recipient’s humoral constitution. 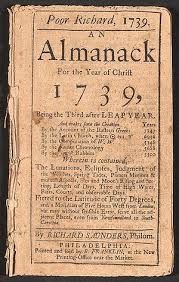 One often-overlooked method, however, were medical almanacs. It’s worth looking at a typical example of how these sources could be used. Cardiff Public Library MS 1.475 is a small memoranda book dating to around 1708, and seemingly originating from London, with the names John and Elizabeth Price prominent. A little list of family notes inside the front cover reveal a touching and tragic tale.

Married then to the pretty, the charming Mrs Elizabeth Price by the Rev’d Dr Typing of Camberwell.

My daughter Anne was born the 17 of April 1712 about twenty min(utes) after eight in the morning and baptised the 1. of May

She was a very beautifull, lovely child but God was pleased to take it May 3. 1712”

Much of the document, however, is actually drawn on the reverse side of copies of almanacks. These were part-astrological, part-magical and part-news documents which contained everything from prognostications and predictions to religious dates, weather information and medicine. The first almanac in this document is ‘Merlinus Liberatus, being an alamanack for the year of our Blessed Saviour’s Incarnation, 1708…by John Partridge, student in Physick and Astrology at the Blue Ball in Salisbury Street in the Strand, London”. Partridge was clearly an entrepreneur; the very next page of his almanck is dedicated to ‘Partridges Purging Pills, useful in all cases where purging is required”!

A second almanac pasted into the book is “The Country Physician; or a choice collection of physic fitted for vulgar use: Containing 1) a collection of choice medicaments of all kinds, Galenical and Chymical, excerpted out of the most approved authors 2) Historical observations of famous cures collected out of the works of several modern Physicians 3) A Cabinet of specific, select and practical chymical preparations in two parts, made use of by the Author, by W. Salmon M.D”

This sort of document was a cheap means of buying a ready-made remedy collection, complete with the latest thinking and couched in terms of the layman. There were many self-help volumes of family physick available, but these cheaper almanac and chapbook style documents were easier to read and easier to keep. It is also clear that the spaces on the back of pages were useful places to note down other remedies as they accrued.

For example, the Prices noted down a number of receipts on the back pages, including a receipt “To prevent a return of the ague”, another for the “dead palsy”, including mistletoe, oak and saffron, and another for “flushings in the face”.  Here, then, the printed and the written remedy intertwined to become a completely distinct and individual family collection. In many ways this was as formal a collection as a ‘receptaria’, and probably included many of the same sorts of remedies, but in a different form.

The recording of remedies, and the idea of a ‘remedy collection’, therefore, shouldn’t necessarily be limited to a single, formalised and regimented document. These were organic documents, sometimes constructed carefully, but often just growing as collections of rough notes. Remedies might be deliberately placed within documents, or they might be the result of a roughly-scribbled note. Equally, people might keep ready printed or written remedies, and simply add their own notes as required. In this sense, there is no single ‘remedy collection’ document; instead, there are a myriad different ways in which people collected remedies.

One thought on “What is a ‘remedy collection’?: Recording medical information in the 17th century”