What did medical practitioners actually do in the past? Or, put another way, what sorts of things were they consulted for? Given the vast numbers of pages devoted to medical practice over the past few years this might seem to be a slightly redundant question. But, in fact, individual consultations are remarkably obscure. Physicians’ casebooks can be revealing, but the nature of these often means elite doctors and wealthy physicians. Also, whilst letters from patients can often give amazing insights into the sorts of diseases and maladies that afflicted them, it is less common to find evidence of the sorts of routine things to which practitioners could be called to attend for.

One little source in Glamorgan Archives (MS D/DF/215) gives us a fascinating insight into the day to day work of an early-modern doctor. It is a receipt for medical services to the Jones family of Fonmon Castle in Glamorganshire from Dr John Nicholl. The Joneses were a wealthy family who had supported Cromwell in the civil wars. Colonel Phillip Jones bought the castle in the mid seventeenth century, adding and rebuilding parts of it. By the early eighteenth-century it was a magnificent country house. Of the doctor, John NIcholl, we know very little. It is likely that he was the same man whose will was proved in 1726, listed as a surgeon of Llanbydderi in Llancarfan – a few miles from Fonmon Castle. Nicholl was clearly fairly affluent, owning lands and property in Glamorgan which he bequeathed to his family.

The source itself is a bill giving a brief description of the conditions treated between May and July 1715, together with the prices charged. The bill was sent to the house steward, and a note on the back states that it was paid in full at the end of the year. In a largely cashless society, it was common for people (and especially large households) to have services on account which could then be settled at intervals. It is also common in large houses for the same practitioners to be continually employed over periods of time. What sorts of things did Nicholl treat though?

The first ‘cure’ referred to is a visit to ‘Madam Jones’ for an unspecified condition, for which Jones charged several shillings. Which ‘Madam Jones’ is referred to here is unclear, but likely to be the house matriarch. The next recipient of medical attention was in fact a kitchen maid, Anne Cornish. Again, Anne’s condition is unspecified but required a second visit and “blooding hur”.

Another is to the unfortunately-titled ‘pig boy’, who occurs twice in the receipt. It is clear that the boy had fallen foul of his porcine charges since the receipt reveals that he was bitten by a boar! This necessitated two visits by the doctor, one of which was to dress his leg. Pig bites are in fact incredibly painful and, while the incident might appear faintly comical, could potentially be dangerous due to the risk of secondary infections entering through the open wound, or from the animal itself. 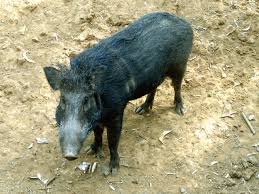 The medical treatment of servants is interesting. Domestic servants were part of the early-modern household family. Whilst their working lives were doubtless hard, it should not be forgotten that many employers were in fact fairly benevolent to their young employees. In these cases, for example, the servants were clearly given more than a cursory look over; both were given treatment by an apparently ‘orthodox’ medical practitioner (as opposed to a cunning man or empirick). We cannot know their social status, but it is no stretch of the imagination to suggest that they might usually not be able to afford such treatment. Servants were valuable commodities though and, as such, needed looking after. I have found other examples of servants being paid even when sick, and allowed other ‘perks’ like being given money to go to a fair, or to purchase new clothes or shoes. We should not necessarily view early modern servanthood as a life of drudgery. 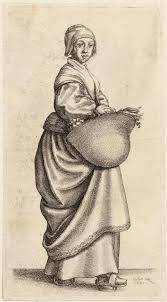 (image from costumehistorian.blogspot.com…a great site and well worth a visit)

The last example contained in the receipt again concerns ‘Mrs Jones’ but this time gives us a little insight into an accident that could only really befall someone of higher status. At some stage in midsummer 1715 Mistress Jones was clearly abroad in her coach, no doubt enjoying views of the beautiful Vale of Glamorgan. Whilst comfortable standing still, the suspension systems of early-modern coaches were rudimentary at best and did not cope well with rough tracks. Perhaps it was an encounter with a wheel rut or some other type of obstruction that caused poor Madam Jones to hit her face and bruise her nose. No doubt nursing wounded pride as well as a bloody nose she clearly called for Doctor Nicholl!

Even in small, apparently limited, sources like these it is often possible to recover tantalising glimpses not only of healing practices, common (and in this case elite!) maladies and individual patients, but even something of the social attitudes towards sickness in a society and at a time where records of medical encounters are frustratingly rare.

For an interesting blog post on the Joneses of Fonmon see – http://huwdavidjones.wordpress.com/2012/10/07/keeping-up-with-the-joneses-paintings-at-fonmon-castle/