Last month it was reported that an officer in the Belfast Police was taking the Police Service of Northern Ireland (PSNI) to an industrial tribunal over a matter of personal appearance. More specifically, the tribunal will consider the legality of a rule stipulating that officers cannot wear beards or moustaches.

The PSNI argue that the rule is based on practical concerns for the safety of its members. In some circumstances, officers may need to wear respiratory protective equipment to avoid them accidentally inhaling dangerous substances. As has been argued in cases of the banning of facial hair in the modern military, facial hair can prevent masks, inhalators and respirators from functioning properly, by acting as a barrier to a close fit. It’s not clear yet what the outcome of the case will be.

But this is certainly not the first time that Irish police officers have come out in support of the beard. In the mid nineteenth century, a group were also actively petitioning against a ban and, remarkably, their grounds for complaint were also based on health. On that occasion, however, rather than beards potentially damaging health, they were in fact seen as protecting officers against dust and disease.

In February 1854, a small article appeared in the Leader newspaper, reporting an appeal by members of the Dublin Metropolitan Police to the commissioners. More than 400 officers signed this statement:

“We, the undersigned, believing that almost all, if not all, diseases of the respiratory organs are in great part, if not altogether, caused by the practice which obtains of shaving off the beard; that the discontinuance of the practice would greatly conduce to their comfort, exposed as they are to the clemency of the weather, as well as save a great deal of trouble and sometimes considerable difficulty; that Nature having supplied man with such an adornment manifestly never intended that he should disfigure himself by the use of a razor, respectfully and earnestly request the Commissioners of Police to permit them entirely to discard it, and henceforth to wear their beards’. 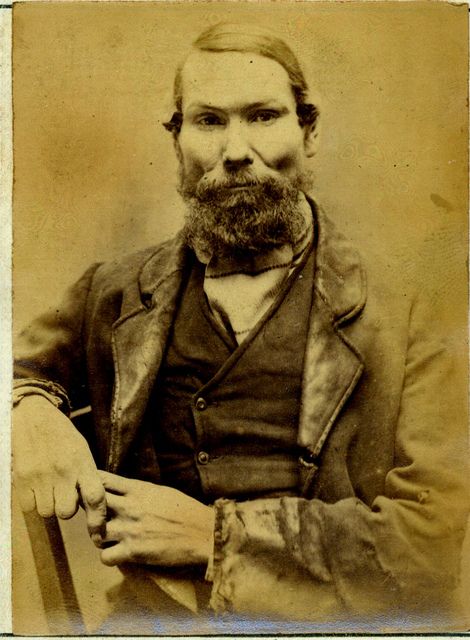 The arguments made in the statement neatly encapsulate virtually all of the supposed benefits ascribed to the wearing of beards, just as they began to reach the height of their popularity during the Victorian ‘beard movement’. First was an emphasis upon the dangers of shaving. To scrape off facial hair was, it was argued, was a dangerous, if not outright foolhardy act. Shaving was argued to weaken a man’s body, ridding it of vital spirits and strength. Not only this, cuts caused by shaving could act as ‘little doors’, into which infection could enter, and demise swiftly follow. Hard medical evidence was brought to bear, citing scientific studies of groups of men who had apparently shaved off their beards as an experiment, and swiftly fallen prey to a whole range of ‘thoracic and pectoral woes’.

One of the key arguments made by a wide variety of medical and lay commentators alike, was that men had been endowed with a beard by God and Nature. It had a specific purpose,  to protect men from the vicissitudes of weather, climate and environment. Victorian men were told that beards were nature’s filter against all manner of dust, disease and germs. A thick crop of facial hair would, they were assured, protect the face, teeth, neck and throat from extremes of temperature. In summer, the beard was said to keep the face cool, by wicking away the sweat; in winter, it protected from the numbing cold and biting wind.  As if all this wasn’t enough, the beard was set up as the most manly of all attributes; the ‘hairy honours of the chin’, as one writer colourfully put it. To wear a beard was to reflect physicality and rugged manliness.

With all this going on amongst their civilian counterparts, small wonder then that the Dublin police officers sought permission to start cultivating their own manly tufts. One issue was that of the health protection afforded by beards. Out in all weathers, and at all hours of the day and night, surely the beard was a vital part of the uniform? What’s more, it would cost the commission nothing, whilst preserving the health of the men. How could the Commissioners argue with Nature?

Around this time too, police forces across Britain and Ireland were keen to promote the physicality and athleticism of their officers. A report in the late 1830s had noted that the Dublin City Police in particular derived great power from the size and muscular strength of their men, believing it to be a great advantage in subduing suspects – who were more likely to come quietly to a powerful, beefy constable than a 7-stone weakling – and controlling disturbances. Muscular, athletic bodies were more intimidating. So, implied the Dublin officers in 1854, were beards.

What happened next is unclear; I’ve yet to find an article stating what the outcome was. Given the overwhelming support for beards across the rest of society, though, and the recommendations on medical grounds that men who worked outside, or in difficult environments should grow them, it seems unlikely that the Dublin Commissioners would not have relented. If anyone can shed light on the outcome, I’d be pleased to hear.

(The story doesn’t quite end there though. As I was finishing this post, I was made aware of another protest in support of facial hair. In France in the early 20th century, Parisian waiters went on strike, demanding the right to wear moustaches – a right usually denied to those in low paid, domestic or manual occupations. For the full story on the ‘Great French Moustache Strike’, click here