In the 18th and 19th centuries, the chattering barber was a comic stereotype. All sorts of satires and images lampooned the loquacious shaver, more intent on the sound of his own voice than the customer’s comfort. But in 1869 an unusual case came before the Greenwich Magistrates. Here, it wasn’t the barber’s chatter that caused the problem…but another talkative inhabitant of the shop. 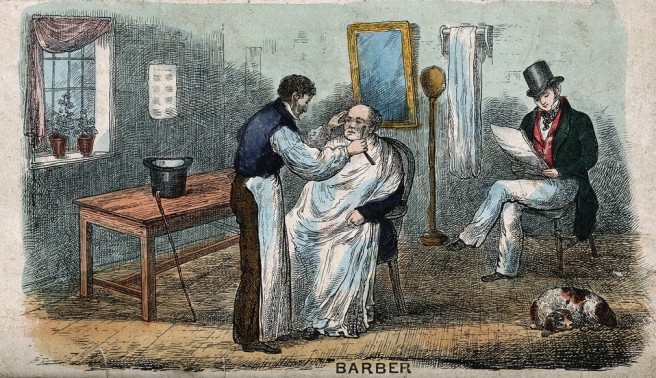 The case centered upon a dispute between Stephen White, and Edwin Fox, a barber. White was accused of using foul language towards the barber and fleeing the shop without paying for his shave. Fox was determined to get his fee and have his day in court. So far, this all sounds fairly mundane – the sort of routine case doubtless heard in magistrates’ courts across the land. But the circumstances surrounding this particular case were anything but routine.

The dispute arose began as White was in the chair in Fox’s shop, with the barber busily removing his stubble, and doubtless chatting away. According to Fox, the defendant ‘suddenly moved from his seat’, causing him to move the razor rapidly away. Remembering that he had once before cut Mr. White quite severely when the man had wriggled around in the chair, he cautioned him to sit still, or risk another painful accident.

Upon this, Mr. White leapt from his seat, and let rip a furious tirade of profanities and oaths, threatening to ruin the barber in his business, before running out into the street, with the angry and bemused barber in hot pursuit. Fearful that the customer would carry out his threats both to his business and person, Fox felt compelled to bring the matter to court. It seemed like an open and shut case.

When he came to the stand, however, Mr. White’s version of events was somewhat different. The cause of his outrage, he argued, was ‘the indelicate conduct’ of the barber’s two pet parrots, one of which he described as ‘irritating and annoying’. 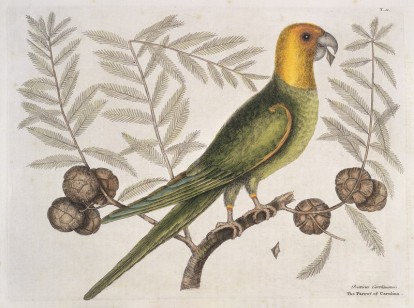 White claimed to have been feeling out of sorts, due to a recent bout of gout and bronchitis, and was in no mood to be provoked that day. All initially seemed well. But, just as the shave commenced, one of the parrots apparently called out ‘Fox, I shan’t be able to pay for this shave till Saturday night!’.

Notwithstanding the fact that it came from a bird, White took clearly took the remark personally, seeing it as a slur on his creditworthiness. He believed that the barber had primed the parrot with the phrase deliberately for him. It was this, he claimed, that ‘irritated him and caused him to move his seat’. 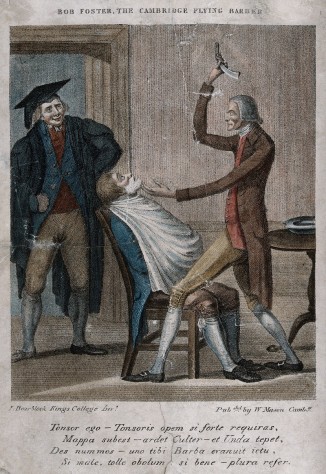 But worse was to come. Just as Mr. White ‘felt the razor passing across his flesh under the chin’, the parrot delivered its perfectly-timed coup de grace: “Fox…cut his throat!’ White ‘felt naturally alarmed at the recommendation of the bird and hastened his exit’.

Struggling to keep a straight face, the chief clerk of the court asked Mr. Fox if he kept parrots, and whether they were capable of such language. If so, said the clerk, it might be necessary to bind the barber over in sureties for the birds’ good behaviour. [general merriment in court]

With his feathers clearly ruffled, Mr Fox indignantly admitted that he did indeed own two parrots but was unable to explain their linguistic capacity.

The judge had heard enough and sent the two men on their way, telling them to settle their squabbles themselves, leaving ‘the whole court convulsed with laughter’. The parrots, it seems, escaped being brought before the beak!

One thought on “The Barber and the Abusive Parrot!”